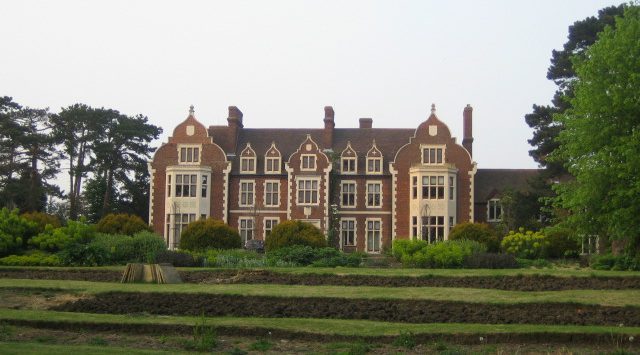 The following blog was written by one of the prisoners at Spring Hill Prison after the Abrahamic Reunion’s two programs there in May 2018. International Directors Anna Less and Ghassan Manasra, UK Directors Michael and Amanda Kenton, and Rabbi Gluck OBE led the programs. The prisoner has asked to remain anonymous.

I first heard about the Abrahamic Reunion from a Quaker chaplain in Grendon prison. After hearing about the work that they do I was intrigued to meet the people who were willing to speak out for peace and reconciliation. In a world full of conflict and fear of what is different it was a breath of fresh air knowing that people like that existed.

An event was organised for the Abrahamic Reunion to attend Grendon which was attended by around 80-90 residents. People were eager to hear what the organisation had to say. Ghassan Manasra, David Less, Anna Less alongside the main organisers Michael and Amanda Kenton presented the presentation. They spoke of the work that they had undertaken in the Middle East and how they helped communities to get to know each other by visiting each other’s places of worship and showing solidarity through common values when conflict grew between communities.

This was a real eye-opener for people because all we have been hearing, through the media, was that there was conflict around the world and no one is doing anything about it. But hearing from the Abrahamic Reunion gave me a sense of hope and conviction that all is not doom and gloom.

I met the Abrahamic Reunion again a year later when they were invited to Springhill prison to do a workshop on ‘Resolving Differences’. This was a fantastic event which continued over to the following week. My experience of the two-day event was pleasant and very moving. The passion shown by the speakers and guests was infectious and everyone joined in and participated. I particularly liked the fact that we could be so open about how we truly feel about what we want in life. As I shared my goals and aspirations with others I listened attentively to what others had to say. What I found from this experience that we as human beings are not so different.; we all want the same things. All it takes is for us to talk and truly empathise with each other.

There was an exercise led by Ghassan Manasra which I found really helpful. Ghassan came up with an idea that would help the group feel more connected with each other. He instructed the group to take turns in saying something positive and meaningful from the heart to another person in the group. Everyone took turns and when it came to me to say something I turned to a good friend of mine and said how much I respected him as a friend. I shared with him the fact that I thought that he was good father to his baby girl and husband to his wife and I admired that about him. The look on his face said it all. I don’t think he was expecting that in such an open forum, but I could see that it meant a lot to him.

Michael and Amanda Kenton had some very nice things to say about me which I found deeply moving. Sometimes in prison you can go for days without hearing a positive word from anyone, but when it does happen, especially towards oneself you sometimes don’t know what to do. Although I come from a different background from Amanda and Michael, what mattered was the connection and mutual respect we had for one another. I felt a sense of closeness with everyone in the room, and still do.

The work conducted by the Abrahamic Reunion is an important one. I have lived in a world of conflict most of my life and found that all it does is create division. In a world of conflict, we look at each other with contempt, suspicion and fear. But the ideals presented by the Abrahamic Reunion give us a sense of direction that humanity should consider. Although we are different we all share the same values and by working together we can bring about a true change in a way that guides us on positive path.

I would like to thank the organisers and guest speakers for opening my eyes and seeing the world in a different perspective. I am extremely glad that organisations like the Abrahamic Reunion are doing the work that is so needed in these times. I want to wish them many blessings and hope that they continue to bring peace to this world and help to bring communities together.